The Camden Durga Puja, one of Britain’s oldest and organised by Indian expats, has stepped into its 54th year.  The London Durga Puja — Camden, which started in 1963, has patronised by industrialist Lakshmi Niwas Mittal and takes place at Camden Centre in central London, right opposite King’s Cross station.  This year, Metropolitan Police London’s forensic expert Varsha Mistry would be bestowed with the ‘Pride of London’ award for her contribution towards police service. 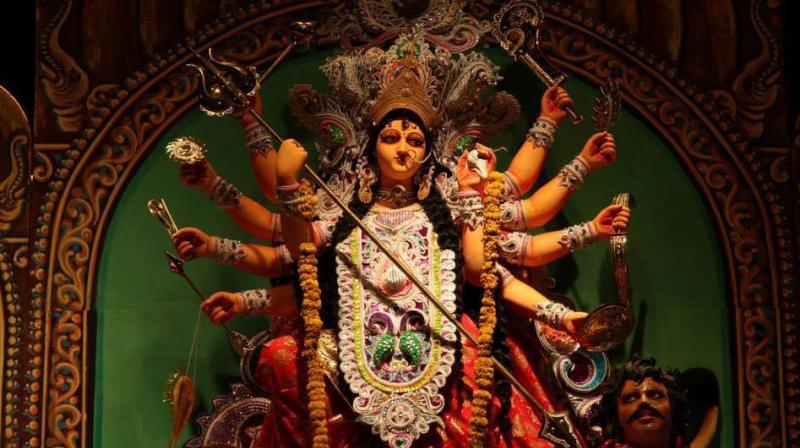 For Bengalis rooted to their culture in foreign soil, popular singers Lopamudra Mitra and Joy Sarkar will perform in a cultural concert at Camden on October 1. The puja is a must-see like Baghbazar Sarbojonin and Maddox Square in the itinerary among expatriate Indians, particularly Bengalis, during the five days.  “We strictly go by the date and timings in London pujas. It is perhaps more rigorous than elsewhere at home as the expatriate Bengali, always in state of flux, is eager to retain roots,” an NRI said.

Easy steps to get ready for Dussehra

Be the first to comment on "London’s Camden Durga Puja: A must-see for Indians in UK"