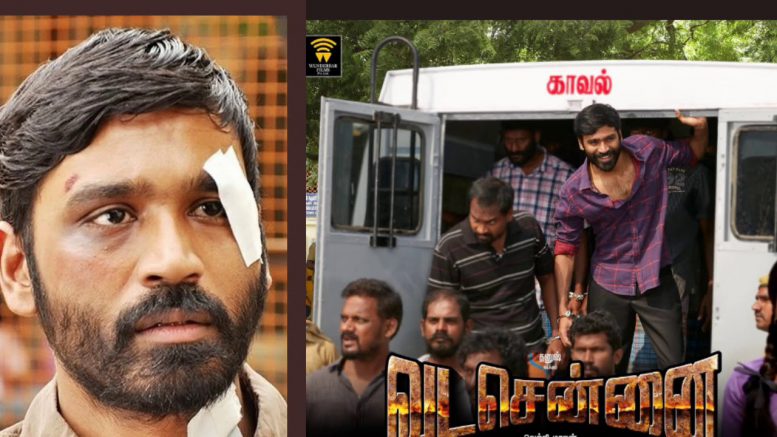 Dhanush’s Wunderbar Films on Thursday shared the first look of its upcoming film Vada Chennai, directed and written by Vetrimaaran. Vada Chennai, meaning North Chennai, chronicles the lives of the residents of a village over 35 years. The poster features Dhanush’s character, Anbu, stepping out of the back of a police van in handcuffs. The release date has not been finalised.

The film’s second look has the actor holding a knife between his gritted teeth and climbing up a rope onto a ship, with the sea and a boat below him.

Four-time National Award winning Director Vetri Maaran is known for his hard-hitting films like Polladhavan and Aadukalam. His last directorial Visaaranai that came out in 2016 won him the National Film Award for best feature in Tamil. He has also produced other successful films like Kakka Muttai, Kodi and Lens.

Dhanush and Vetri Maaran were last seen together in Aadukalam (2011) that piled up several awards for the two. Vada Chennai is touted to be a trilogy. The story will track 30 years in the life of a gangster, played by Dhanush, who has already set aside over 200 days for this epic project.

Most of the first part was shot in an elaborate jail set that was erected in Chennai on a lavish budget. The film also stars filmmaker Ameer in an important role and rumour has it that this role was originally offered to Vijay Sethupathi, who opted out of the project for reasons unknown. Produced by Dhanush’s Wunderbar Films, Vada Chennai has music by Santhosh Narayanan.

It is interesting to note that Vada Chennai was first announced in 2011 following which it was temporarily shelved. Production for the film began in June 2016 with the first schedule of the shoot held at Binny Mills in Chennai.

Happy Birthday Dhanush, as he celebrates in Malaysia

Be the first to comment on "Check out First look Vada Chennai of actor Dhanush’s upcoming film with Vetri Maaran,"