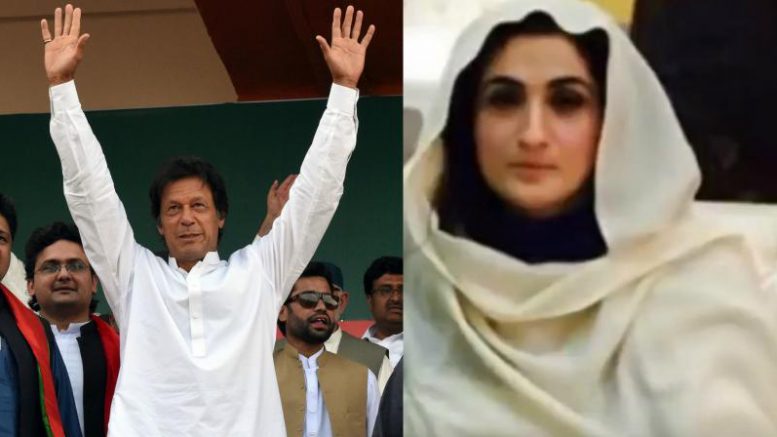 Pakistani cricketer-turned-politican Imran Khan has tied the knot for the third time. He wed Bushra Maneka in a low-key ceremony in the eastern city of Lahore.

Khan has previously referred to Maneka, a mother of five, as his ‘spiritual adviser’ and someone whose guidance he valued.

A photo of the couple released by PTI showed Khan, 65, wearing a dark blazer over a traditional white shalwar kameez, while Maneka is clad head-to-feet in a grey robe with a red veil covering her face.

Khan has admitted to proposing Bushra but denied reports that he had secretly married with her. Issuing a statement, Khan’s spokesman said that he had proposed marriage to Bushra Maneka, who has “asked for time to make a final decision after consulting her family, including her children”. “It is indeed sad to see this extremely private and sensitive matter be made the subject of the erroneous story leading to all manner of public conjecture,” the notification said, adding that it was “regrettable” that story was reported as it involves “a very private lady who is not in public life.”

“This has put an acceptable burden especially on the children of Maneka and Khan who have had to learn of such a private and intimate issue from media,” he said. “If and when the proposal is accepted by Maneka for the marriage, Khan will announce it publicly in the proper manner. Till then we request the media to give the two families, especially the children, their privacy,” he added.

Maneka is in her late 40s and has five children from her first marriage. She was earlier married to Khawar Farid Maneka, a senior customs official in Islamabad. Khawar, as per reports, is the son of Ghulam Farid Maneka, a seasoned politician and former federal minister. Pakistan’s Dawn.com reports that Bushra is a known Pir (faith healer) in Pakpattan. She belongs to popular Wattoo clan, of which the Manekas are a sub-clan. Interestingly, Pakistani media had earlier reported that PTI chief had married a UK-based relative of the family on advice of Bushra. The woman is popularly known as Pinki Bibi in the area.

“He got closer to her when some of political predictions she made about his party came true. Later, both developed some ‘intimacy’ and finally Bushra took divorce from her husband and contracted marriage with Imran early last month,” the source said.